​If you agree being a STRONG WOMAN is a compliment,
DOGS RULE,
and ADVENTURE is the spice of life,
take your own adventure around our website to learn more.
​
​ 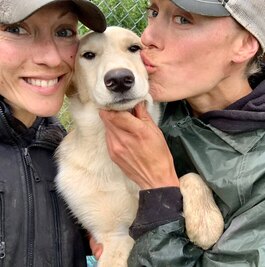 Kristy and Anna were born within 5 minutes of each other in early 1984.  Raised in a small town in northern Wisconsin, they first got involved in sprint-distance sled dog racing at a young age.

After graduating from high school, they served in the Wisconsin Army National Guard before setting their sights on a life centered around raising, training, and racing sled dogs.

A search for work in this field initially took them to California where they spent winters working at a dog sled touring business in Lake Tahoe and summers at a horse stable guiding tourists in the Sierra Nevada mountains.  But something was missing. 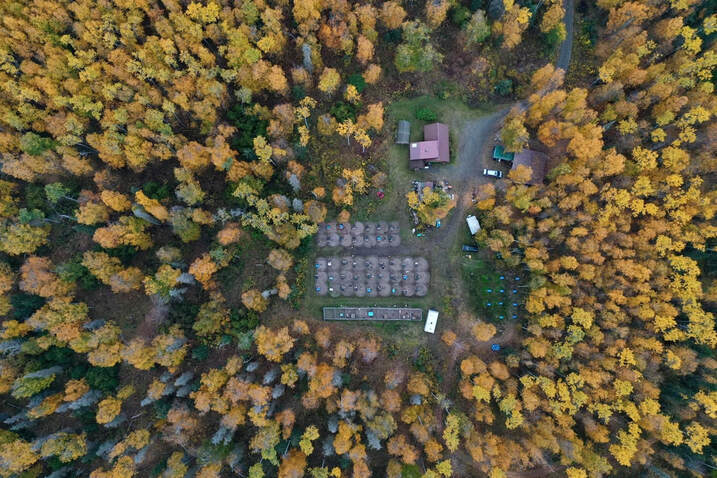 The summer of 2007 gave Kristy the opportunity to make a quick trip to Alaska's Kenai peninsula, where she had the good fortune of meeting 1984 Iditarod winner Dean Osmar.  It didn't take long for Dean to convince the twins to move to Alaska to try a different caliber of sled dog racing.  In early 2008, the twins made their first appearances in the Alaskan sled dog racing circuit.

Kristy's first race was the Knik 200 followed by the Tustumena 100 (where she placed 2nd by a matter of minutes).  Anna's first race was the Klondike 300 followed by numerous mid-distance races, eventually placing 8th in the Taiga 300.  It was a long, hard winter, but by the time the snow melted in the spring of 2008, Kristy and Anna were sure of one thing - Alaska was where they were going to live and run dogs.

The Super Bowl of the competitive sled dog racing world is the Iditarod.  This thousand mile ultra marathon by dog sled is held in March of each year and takes a musher and her dog team through some of the most beautiful and rugged terrain Alaska has to offer.  Kristy began racing Iditarod in 2010.  After recovering from some injuries, Anna made her first appearance on the Iditarod trail in 2012.

After working with a number of veteran mushers, Anna and Kristy officially established Seeing Double Sled Dog Racing as a stand-alone kennel located in Knik, Alaska.  They have their own fur-family with over 40 Alaskan Huskies ranging from puppies to Iditarod racers to a few retirees.  Kristy and Anna tie their own ganglines, groom trails, and manage all that goes with caring for and training their dogs.

The twins are professional mushers.  To supplement this when there's no snow, Kristy and Anna work a variety of landscaping and construction jobs.  But even with their hard work, they couldn't do it all without the dedicated support of sponsors, family and friends, including Kristy's husband Andy Pohl, fellow mushers, and all of their fans!
​